If you like to watch adults play with toys, see our live Wootcasts at noon and 4 PM Central today, starring these flashlights. ("Starring"! Ha! See what we did there?)

After Olivia's outburst at the library, Michelle and Tim realized they should probably be more like parents and less like … well … parents who like to play with their kids' toys. In public places. At least for now, anyway. You know, until things cool off a bit.

But then one night, as they were all sitting around staring at each other and being bored, as they had done every night since the library, Tim got up to get a drink from the kitchen. The next thing they all knew, they were plunged into complete and total darkness.

They all screamed in unison. Then Michelle said, "Don't panic, everyone. It's no big deal. The electricity's just gone out. I'm sure it'll flicker back on in a few seconds."

But when it didn't, they all started to get restless. "I dunno, Michelle," said Tim. I heard that this might happen. Everyone's sucking up so much electricity with their Christmas lights, the city's power supply probably got overloaded.

"Really?" said Olivia with as much distain as she could muster. "Are we doing this AGAIN?"

"Doing what again?" said Tim innocently as he flipped on the Darth Maul lightsaber. Red L.E.D. beams shot out of both ends.

Behind him in the dark, the green L.E.D. beam of the Yoda lightsaber illuminated Ella's face. She nodded silently at Tim, and he back at her. Then it was on.

She was so fast, and it was so dark, the only thing you could see was a streak of green light shooting around the dining table, up over the couch and then flying through the air.

The red L.E.D.s disappeared, and you could hear Tim's hurried footsteps running down the hall.

"He's getting away!" yelled Jake as he flipped on the Anakin lightsaber. "Get him!"

Michelle just sat and laughed in the dark as the blue and green lights disappeared down the hall.

"You should be ashamed of yourself," said Olivia.

Ella and Jake had tracked Tim down into the basement, but then lost the trail.

"What now?" said Jake to Ella. But she just shrugged.

Suddenly, the blue light faded and went off. "Oh no! It must have run out of batteries."

Something startled Ella and she dropped her lightsaber, leaving both of them in the dark.

"Shhh," said Jake. "Do you hear that? Someone … or something is here. I KNOW YOU'RE THERE," he said into the darkness. "I can hear you breathing. WHO ARE YOU?"

"It's me, Jake," said Tim in a muffled voice as the red L.E.D.s flashed to life again. "Your FATHER. Muahahahaha!"

"NOOOOOOOOOOO," Jake yelled. Just then, the lights flipped on.

"Seriously, Dad? A Blackout? Ugh!" she said as she huffed out of the room. 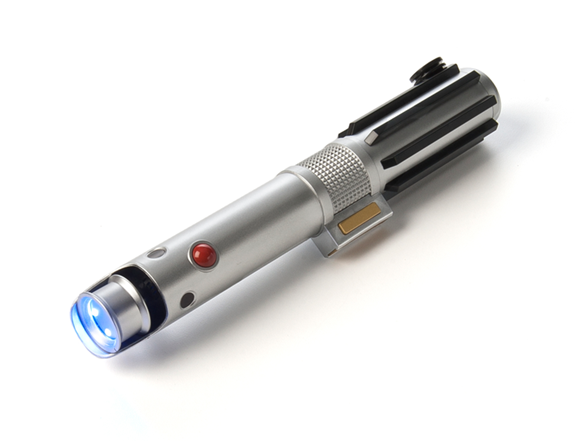 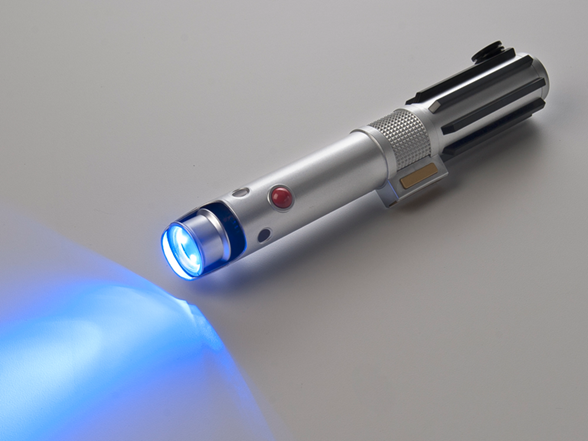 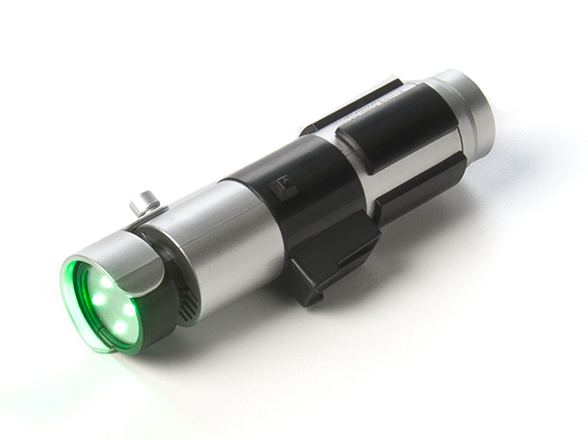 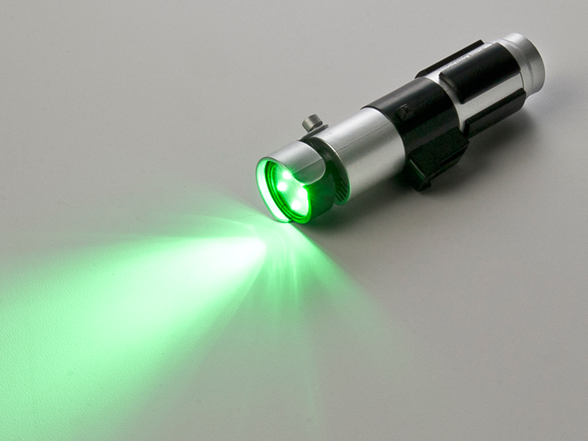 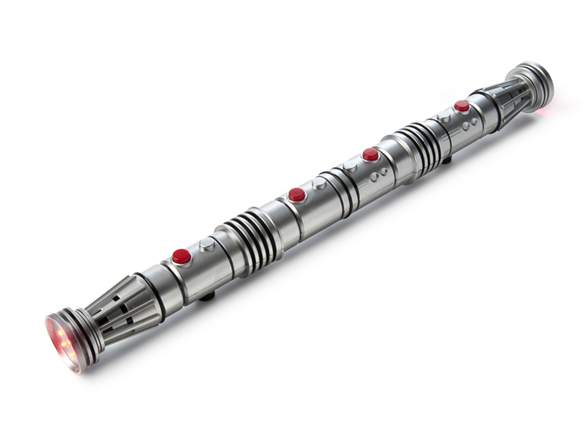 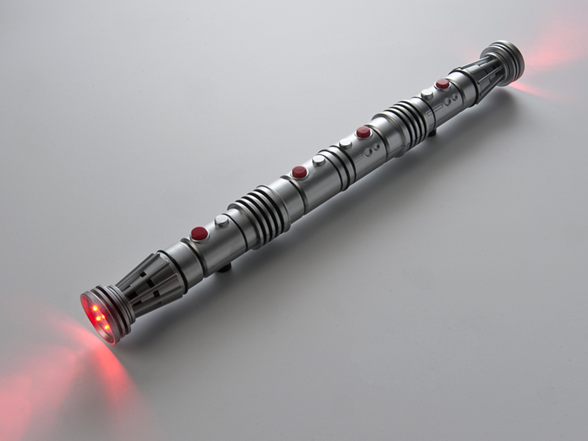