This table is made for kids. For KIDS. So don't get any ideas about using it for your own fun. IT'S NOT FOR YOU! It's for KIDS!

"What's she doing?" whispered Peter from the top of the stairs.

"She's ... playing with your KidKraft 2-in-1 Activity Table?" Jake whispered back.

Jake and Peter had come inside to play with the train set, only to find Peter's Mom downstairs in the basement, stacking bricks on the play board's opposite side. At first, they thought she was just cleaning, and they watched silently to see if they were in trouble for leaving such a mess.

But the longer they looked, the more clear it became. Peter's Mom wasn't cleaning. She was building. She'd opened up the 200 LEGO-compatible blocks (Peter normally left them next to the included 30 piece train set) and was stacking them, one on top of the other, to make- what? A tower? A building? Some kind of space ship? Did moms even know what space ships were?

"Do you think we should tell someone?"

Peter didn't know how to answer.

"Yeah, sure," said Jake, trying to not show his fear. "Plus if she's been taken over by an alien's mind-control ray, I bet it's a cool alien, right?"

"It's not an alien," muttered Peter. "She's just being weird."

Peter's Mom snapped another brick into place. From their hiding place, the boys continued to stare. 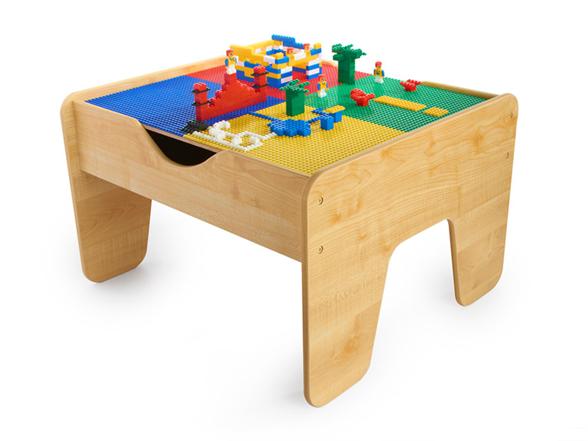 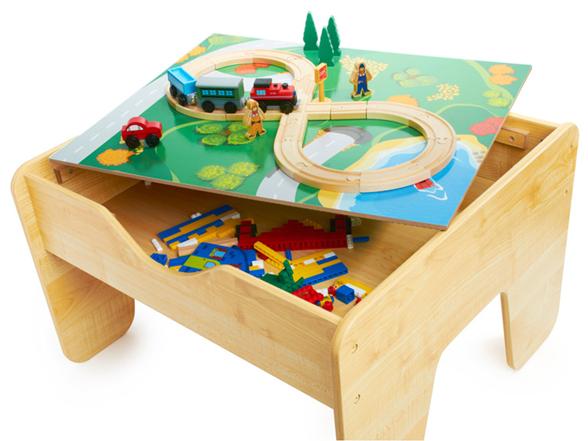 Storage underneath the tabletop (Natural Finish) 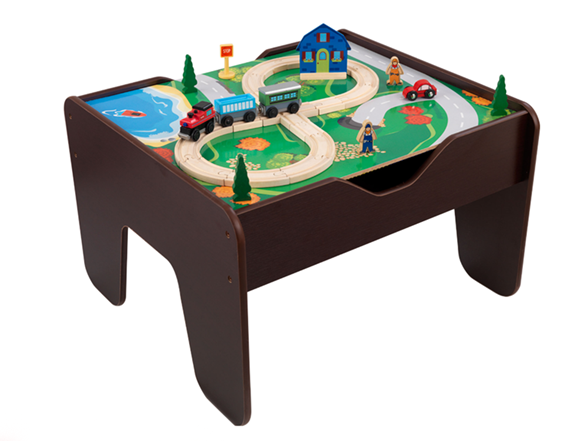 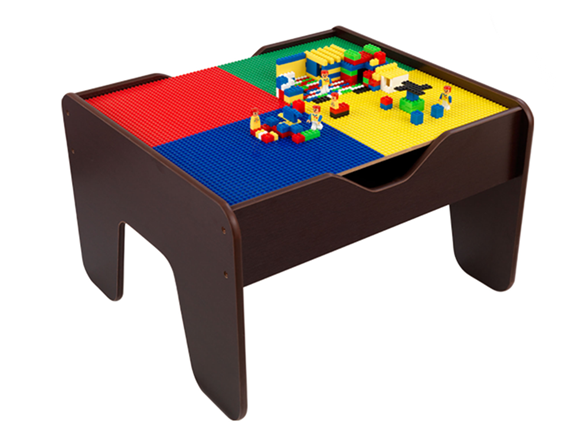 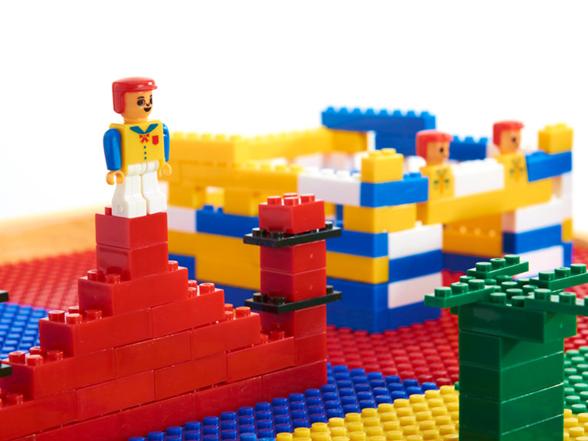 Add your own building blocks to the included 200 blocks 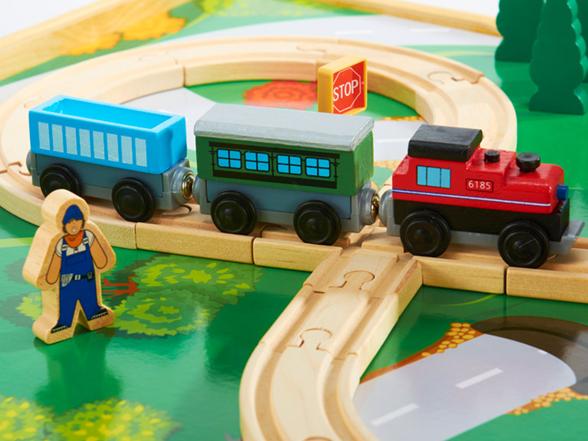 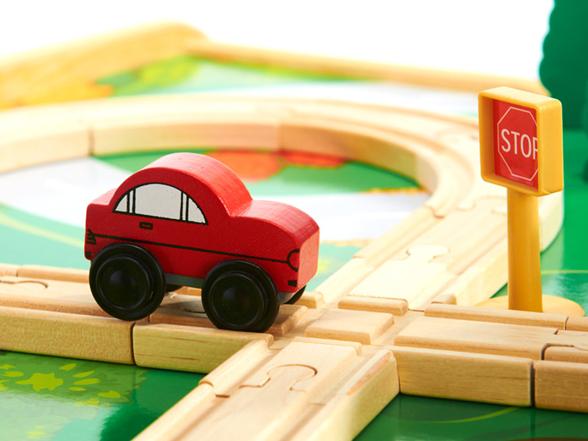 Another view of the train set